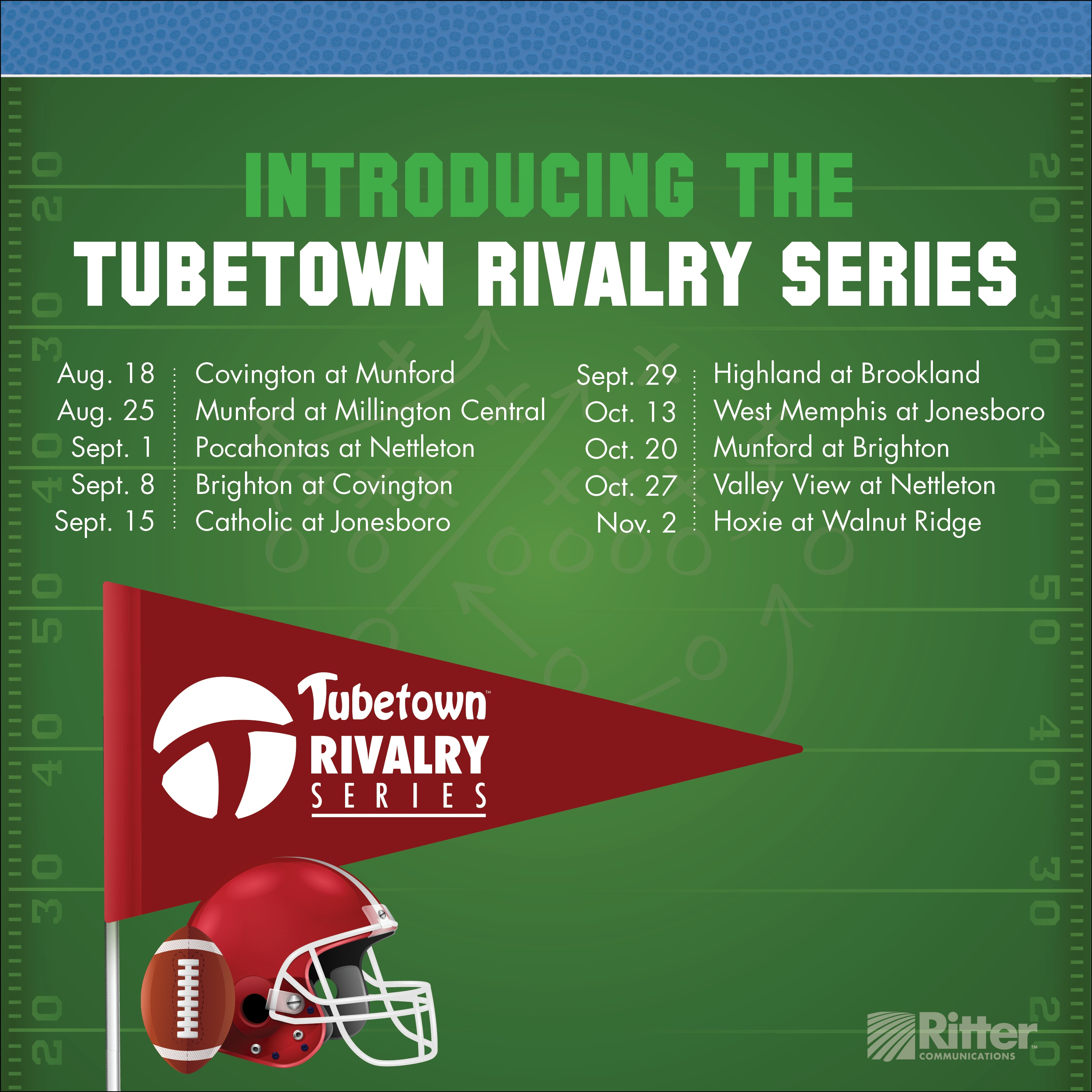 Tubetown, the local content and coverage channel of Ritter Communications, has you covered when it comes to high school football, and this season, Tubetown is proud to introduce the ‘Rivalry Series,’ which will feature 10 of the top matchups in Northeast Arkansas and West Tennessee.


Tubetown’s 2017 football coverage kicks off in Tennessee on Friday, Aug. 18 with the Covington- Munford game. On Aug. 25, Tubetown will air the “M&M Bowl” game between Millington and Munford. Tubetown’s Arkansas coverage gets underway on Sept. 1 with Pocahontas at Nettleton. Each game starts at 7 p.m.

“When we selected our schedule for this season, we wanted to focus on the key games in our coverage areas each week,” said Marcus Carlton, Tubetown Local Content Manager. “In particular, we want to cover the region’s most spirited rivalries, the games that draw huge community and fan support. We’re extremely excited about the schedule we’ve put together.”

In addition to airing live on Tubetown’s broadcast channel - 21 in Northeast Arkansas and 11 in West Tennessee - each game will be available for free via live stream on YouTube. Tubetown will air replays of all 10 games on its cable channels, and all Tubetown sporting events will be archived online at TubetownOnline.com. You can also receive a DVD copy of any game by visiting TubetownOnline.com.

“This season marks the first time we’ve enabled viewers to stream our games online for free,” Carlton said. “Whether you live outside of a Ritter Communications TV service area or you have an out-of-state relative that wants to watch their favorite young athlete, our coverage is available for free to football fans everywhere.”

Ritter Communications, founded in Marked Tree, Arkansas and headquartered in Jonesboro, began providing local phone service in 1906. Today, Ritter serves 62 communities and more than 45,000 customers in northeast and north central Arkansas and west Tennessee with advanced voice and data services typically found only in major metropolitan areas. Ritter invests heavily in the communities it serves by deploying proven, best in class infrastructure and technology while coupling it with a world class customer focused experience.

Tubetown, the local content and coverage channel of Ritter Communications, airs live and pre-recorded high school sports, as well as local events, parades, charities and pageants. Tubetown was established in 2008 and reaches over 14,500 Ritter TV subscribers in Arkansas, Tennessee and Missouri. Tubetown airs on channel 11 in west Tennessee and channel 21 northeast Arkansas/Missouri. Visit Tubetownonline.com on the web and receive programming updates via our Twitter account, @Tubetown. Like our Facebook page at facebook.com/tubetownonline 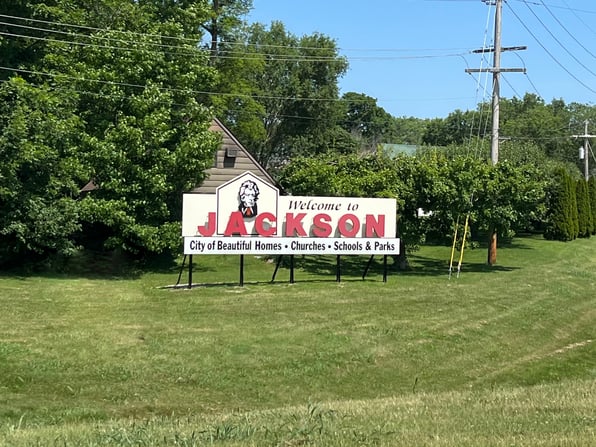 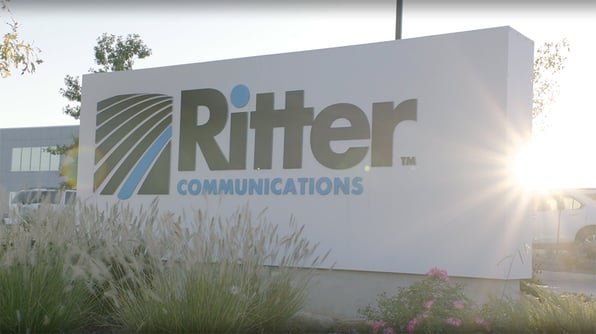 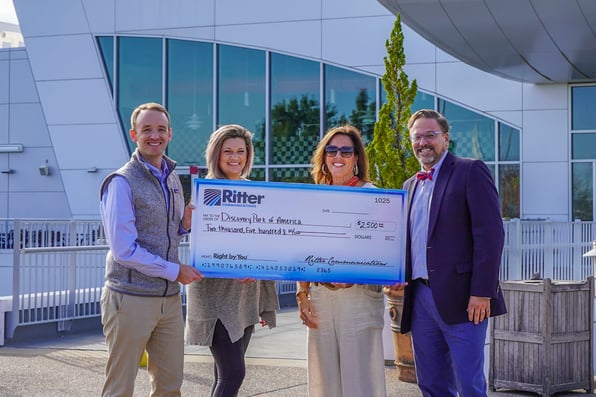