This agreement sets forth the terms of our (i.e., Ritter Communications and subscriber) agreement and contains limited warranties, disclaimer of warranties and limitations of liability and should be read carefully. Subscription to the alarm service also requires a separate subscription to Ritter internet services. Alarm services are regulated by:

If service of the equipment is due to:

*The System Maintenance Package may be terminated on thirty (30) days notice with the termination occurring at the end of the applicable month (e.g. termination notice given April 3, Maintenance is billed through and terminates May 31).

To view the attachment A form details, click here. 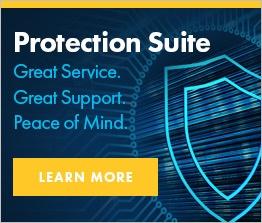 With the one-touch DVR capabilities of the Ritter Whole Home Solution, you can quickly and easily control what to record and when and where to watch it. The easy-to-use platform allows a full range of digital entertainment services so you can effortlessly experience HD and SD content!

To better serve you, please select your location.