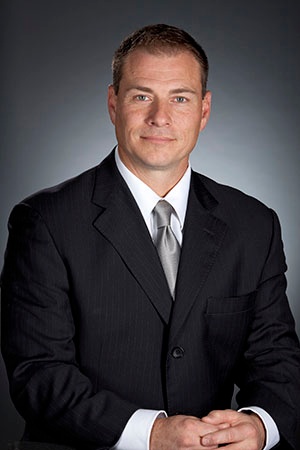 “We’re very excited to have Scott as part of our leadership team,” said Morse. “His character, knowledge, leadership skills and extensive experience in telecom services for enterprise customers is ideal.”

Tollett has previously held several leadership positions, including Chief of Staff, Head of Execution for Constellation Energy in Baltimore, MD; regional vice president/general manager for T-Mobile in Houston, TX; vice-president/general manager for Alltel in Charlotte, NC and Jackson, MS; and director of business sales for Alltel in New Orleans, LA. Scott is also an author and speaker on sales leadership and life strategies.

“Scott has worked with some highly recognized and technologically advanced companies,” Morse said. “He brings a strong record of achievement and energy to our Enterprise and Wholesale Services division.”

In his new position, Scott will ensure Ritter accomplishes key strategic objectives, including expanding the company’s business services offerings into new markets, developing and launching a hosted and virtual services product suite, and continuing to grow the customer base through its expanding fiber optic network.

“Ritter’s reputation as an independent telecom leader is solid,” Tollett said. “As an Arkansas native, this is a great opportunity to not only get back to my roots, but also to be involved in broadening Ritter’s service footprint in the industry.”

Tollett, his wife Kim and family will be relocating to Jonesboro.